Home / News / Councils pocket up to £10.6 million in parking fines per year

Councils pocket up to £10.6 million in parking fines per year

It has recently been revealed that local councils up and down the UK are frequently pocketing vast amounts of revenue from parking fines.

While the average council issued more than £850,000 worth of parking fines in under a year, some busier London boroughs brought in almost ten times that with numbers reaching £10.6 million.

These statistics have been drawn from a study conducted by This is Money, carried out to establish which councils were raking in the most revenue from parking fines during the period from August 2019 to July 2020.

During this period, it was discovered on average that 63 parking fines were being handed out per day by most councils. These drivers were charged with anywhere between £37 and £41.

Add to this the cost of parking charges accumulated during the same period and the total brought in by councils reaches £996 million. That equates to £2.7 million a day, or £32 per second. It was also revealed that some councils struggling for cash had raised parking prices by up to 230 per cent, which has only served to boost the already staggering numbers further.

A separate study, conducted in 2015, reinforces the dramatic increase in parking fine revenue over the last five years. In the same period between 2015 and 2016, numbers only reached £756 million.

At the time, this number was described by Steve Gooding, director of the RAC Foundation, to be ‘eye-wateringly large’ but also an inevitable result of growing competition for parking spaces in towns and cities.

He also added in defence of parking fine fees that ‘parking charges are one of the tools councils use to keep traffic moving whilst also allowing people reasonable and affordable access to high street shops and other facilities.’

Despite these worryingly high numbers from five years ago, a representative of the Local Government Association at the time insisted that ‘councils did not make a profit from parking’ but that ‘local authorities must strike a balance when setting charges to ensure there are parking spaces available and traffic is not held up.’

‘We’ve been clear that councils shouldn’t use parking as a cash cow,’ a spokesperson added, but with numbers continuing to rise, drivers have been left questioning the reasoning behind the increase.

In relation to this most recent study, Dan Huston, head of motoring at Compare the Market admitted that, despite previous warnings ‘parking fine revenues are a cash cow for many local authorities’ and that ‘up and down the country drivers are regularly being caught out by tight parking restrictions.’

He finished with a warning to UK drivers to stay vigilant: ‘we would encourage drivers to take extra care and attention when parking up their car to ensure they avoid a parking fine.’ 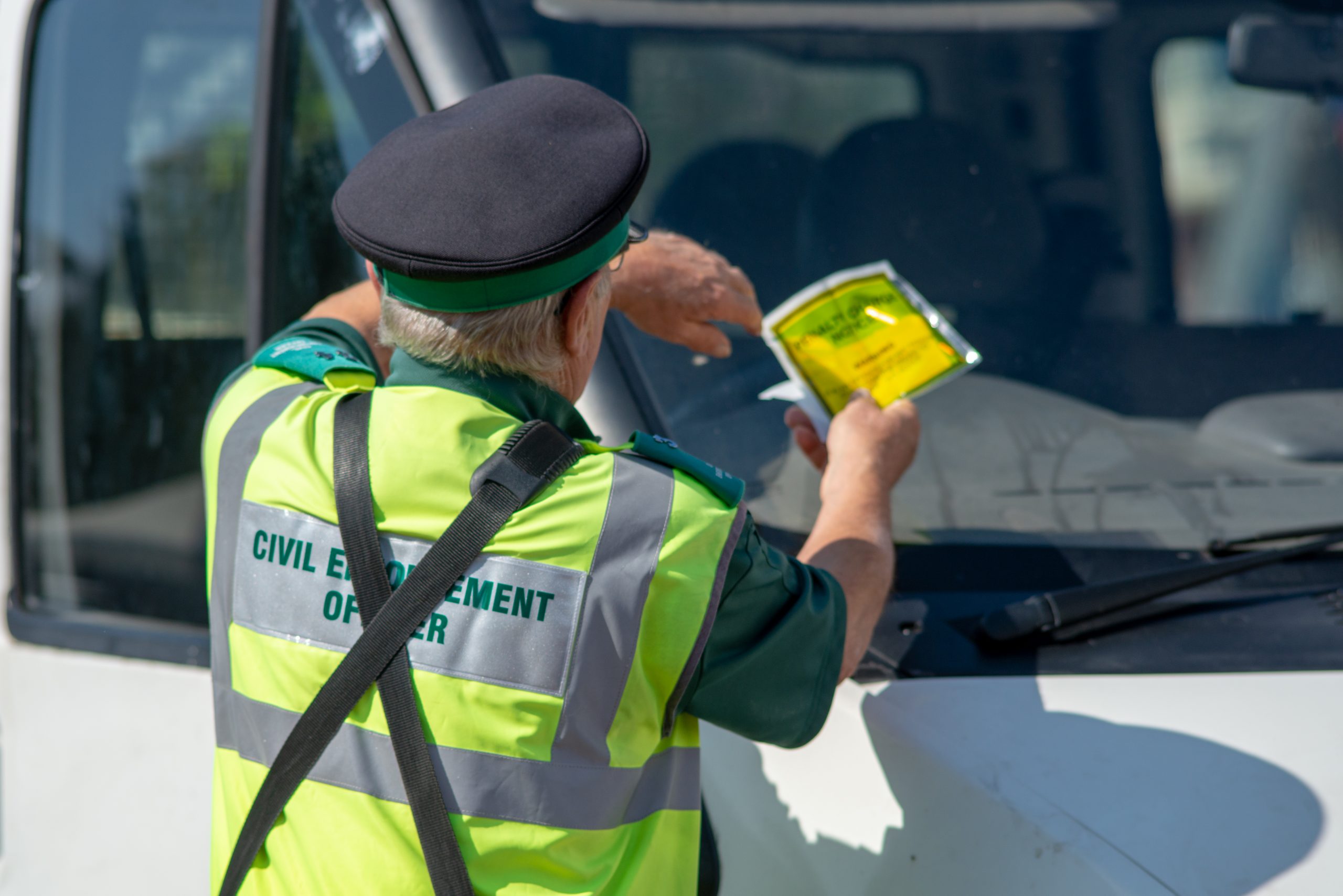 Parking fines in your area

London based local councils brought in by far the most revenue from parking fines, with key locations named as city centres and high streets. These areas also accounted for some of the most elevated parking fine charge fees, with the London Borough of Haringey demanding a colossal £72.04 from caught out drivers.

While the London Borough of Newham topped the charts for the most considerable amount of parking fine revenue with £10.6 million, other local authorities outside of London weren’t far behind.

Every single local authority on the top 20 list, London boroughs included, brought in at least £1.5 million in parking revenues during the aforementioned time period.

Upon seeing these figures, one motorist commented that local authorities are ‘killing towns and villages’ with ramped up parking fine fees, while another defended councils, reinforcing the idea that ‘the council doesn’t issue fines if there isn’t any rule-breaking – why do motorists think they can park anywhere they want?’

Did your area make the Top 20 list? Do you think parking fine rules are unfair or justified?

Parking rules are extremely unfair and seem to be getting worse of late.

I parked outside a bank in a parking bay, I had no phone or money with me and as would only be a couple of minutes didn’t think it would be a problem. However when I came out the traffic warden had come along waited 1 minute and put a ticket on my car, I complained to no avail and it cost me £25, the lesson here is don’t park in Gateshead

Parking tickets show time vehicle was noticed and time ticket was issued. If it was less than 1 minute you have a good case as this would be considered an acceptable time to obtain money or fetch a ticket from a machine. If more than the time you say then you are telling porkies.

In Bournemouth where I live, even the traffic wardens will tell you that the council has killed the town center of shoppers because of sky high parking prices, let alone the PCN should you be a few minutes over your time. Most shoppers now go to other outlets and super markets who supply free parking for their customers, and good luck to each and every one of them. This is a shame as large department stores such as M&S, Beals,and looks like Debenhams as well SHUT and GONE forever.

Misleading geading. Councils do not & cannot ‘pocket’ the money. The law states that any surplus monies made from parking have to be reinvested in the local transport infrastructure, which includes the running of subsidised buses – it can’t just be added to the council’s coffers, to be used where they see fit.

And who keeps a check on the money to make sure it is ploughed back into the infrastructure? I would guess that would be the council.!

Totally agree. However I frequently see double decker buses run through our village with less than a handful of passengers.

Yes, but when their parking and transport budget can be covered this way, the budget that would be allocated goes to other departments. So yes it is in authorities interest to make money from parking fines

Parking “wardens” (that’s a joke for a start) do NOTHING positive for anyone in the UK. They are there for pure punishment, and how councils can justify doing this – this “helping” the people they serve, is beyond me.
Back in the day PC 49 was there to serve the public, and only as a last measure did he procede to enforce the law.
Now these shabbily uniformed gangsters do NOTHING except punish, and the whole system is entirely un-British. And councils hide behind the law, when I estimate 50-80 % of parking fines are unnecessary.
All these couclils should be ashamed of themselves.
I have recently had to pay because I forgot my car ooutside overnight, at 79 I forgot. The @warden@ had to wait the 5 mins, and then spent another 5 mins writing out the ticket, my car was clearly a great danger to at least 2 other cars who might have driven by.
But a quick knock on the door (the only one close) would have done me (and all those motorists) a favour.
No No, we gottas PUNISH !!! B*stards.

@Alan : You should face up to the reality that your fine was deserved. It is not for individual motorists to decide which parking notices can be ignored without endangering others nor was it reasonable for the parking warden to check whether the offending vehicle was parked by someone in the nearby house. If you had been outside the house and close to the car then that would be a different matter.

Writing as a motorist of roughly the same age as you, it was arguably not a good idea to draw attention to your age and forgetfulness because it could be taken as raising doubt about suitability to drive.

Instead of whinging, simply accept that although no-one is perfect you made a mistake, have paid a small price for it and now will have a way of reminding yourself to be careful where you park.

Yep shameful … but what about the refuse truck driver knocking on my door to ask if I knew who owned the car preventing his passage. Turned out to be a 4 x 4 belonging to a guy who’s garage and driveway was converted to accommodation.

Parking rules are laid out clearly in The Highway Code yet in our small village in The Cotswolds cars are encouraged to park directly opposite the road Teeing off of the main street, as happens in the road passing the South Cerney Co op which is now effectively a single carriageway. I’d like to request the assistance of the Cirencester fire brigade to perform an exercise taking their engine up and down the streets the area they are expected to cover and Identify issues for the council could act upon. We were all aware of the highway code when we passed our test and we were all aware of parking space when we moved in to our houses. Roads are there to enable the movement of traffic not to accommodate stationary vehicles. To add insult to this the council planning department allows the conversion of garages and parking space to accommodation whilst at the same time they know the result will be additional on road parking.

Quite right. if a car is in the wrong place or it has overstayed its time then a fine is quite acceptable. How else can Local Authorties get extra money to run care homes. Government have starved local Autorties of money

This sort of thing is why high street shops are losing business because people are using the new style shopping complexes where parking is free and plenty, all I see from this is towns becoming ghost towns with only banks and charity shops available, i will say eople should fight the fine as most times you will win won 3 out of 4 cases

I agree, this is outrageous. Imagine going out without any means of paying and having to accept the consequences!!! I frequently go into shops without any means of paying and that never causes any problems. I think motorists are probably the most selfish and inconsiderate group of people with a monumental sense of self entitlement. Whine, whine, whinge, whinge, me, me – try growing up and developing a bit of moral fibre eh?