In an effort to encourage drivers to make the electric vehicle switch to reduce emissions, the government has been subsidising 35% of the price of specific models of electric vehicles. This grant previously stood at £3,000.

As demand has increased rapidly, however, this has now been reduced to £2,500 and will exclude any models with a price of over £35,000.

The reduction has been met with contempt, particularly by car manufactures whose electric vehicle ranges will now be excluded from the grant scheme. Ford is one of those impacted manufactures and chairman, Graham Hoare, has expressed his disappointment in the reduction:

‘Today’s news from the UK Government that plug-in grants for passenger and commercial vehicle customers are being reduced is disappointing and is not conducive to supporting the zero-emissions future we all desire.’

He went on to express that without solid incentives that consumers can rely on, there may be a lack of uptake in the future:

‘Robust incentives – both purchase and usage incentives – that are consistent over time are essential if we are to encourage consumers to adopt new technologies, not just for all-electrics but other technologies too like plug-in hybrid electric vehicles that pace the way to a zero-emissions future.’

Nicholas Lyes, head of roads policy at the RAC, also shares in these concerns, revealing that he believes ministers ‘talk-the-talk when it comes to encouraging people into cleaner vehicles, but cutting the Plug-In Car Grant certainly isn’t walking the walk.’

Mr Lyes also stated that upfront costs remain a deterrent to drivers considering switching to electric vehicles, and thus the reduction in the grant is even more cause for concern:

‘Even though more models are coming on to the market, our research suggests upfront cost remains a concern to drivers when comparing the cost of an electric vehicle with a similarly sized conventional vehicle.

‘By cutting the grant, the Government may risk people holding onto their older, more polluting vehicles for longer.’

This would, of course, have a negative impact on the government’s plan to ban the sale of new petrol and diesel vehicles by 2030 and could hold the country back in its go-green scheme.

Chief executive at the Society of Motor Manufacturers and Traders, Mike Hawes, commented that the news of the grant slash has is the ‘wrong move at the wrong time’ and is concerned about the message it sends to drivers:

‘This sends the wrong message to the consumer, especially private consumers, and to an industry challenged to meet the Government’s ambition to be a world leader in the transition to zero-emission mobility.’ 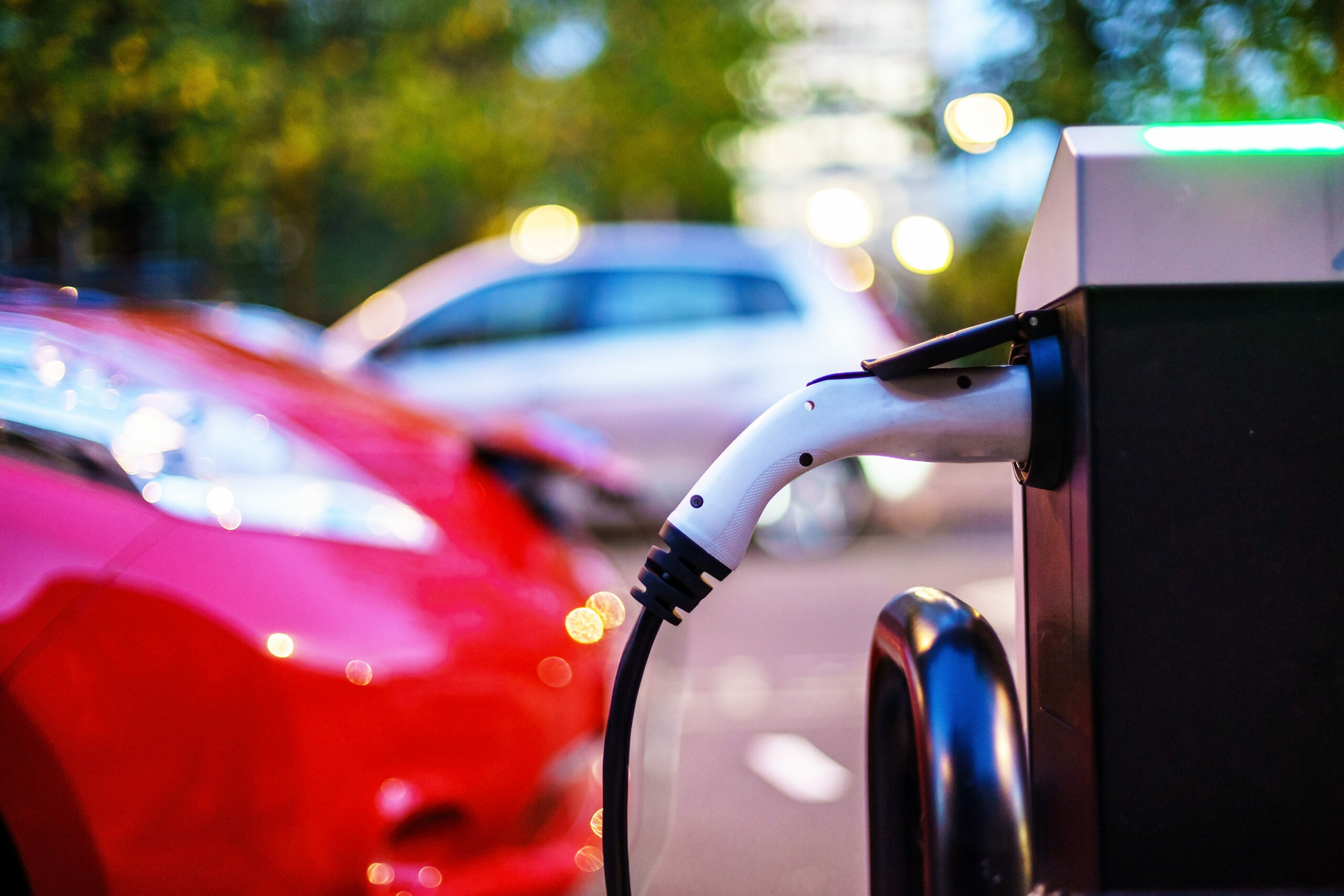 Despite the disappointment and concern the reduction in the electric grant vehicle has caused for motoring experts and drivers alike, others have spoken out to support the move.

In a comment referring to the ineligibility of more expensive vehicles for the grant, Whitehall sources told the Times that a reduction was the right decision, stating that taxpayers should not be subsidising people to buy cars for £50,000.’

In an attempt to quell concern, Transport Minister Rachel Maclean explained the reasoning behind the reduced grant:

‘We want as many people as possible to be able to make the switch to electric vehicles as we look to reduce our carbon emissions, strive towards our net-zero ambitions and level up right across the UK.

‘The increasing choice of new vehicles, growing demand from customers and rapidly rising numbers of charge-points mean that, while the level of funding remains as high as ever, given soaring demand, we are refocusing our vehicle grant on the more affordable zero-emissions vehicles – where most consumers will be looking and where taxpayers’ money will make more of a difference.’

She concluded by reassuring drivers and manufactures alike: ‘We will continue to review the grant as the market grows.’

However, many experts remain unconvinced. Jim Holder, What Car? editorial director summed up the shared concern by saying:

‘While it was inevitable the carrot of the grant would whittle down over time and eventually be replaced by punitive measures, this feels too soon to take another step on that journey. The 2030 combustion only ban was announced with much fanfare- the thinking behind how to make the transition to that goal appears to be worryingly muddled, with this decision being further evidence of that.’

Are you looking to make the switch to an electric vehicle? Will the reduced grant impact your decision? Or do you think the government were right to make the cut?

Let us know your thoughts in the comments.

why is the taxpayer subsidising the like of Ford? Perhaps Mr Hoare would like to donate some of his salary as a subsidy? Many taxpayers cannot affor a car never mind a nice new electric one. Electric cars remain economically unviable

Because the taxpayer has been giving subsidies to the like of BP and Shell for decades, and continue to. In fact, the UK subsidises fossil fuel companies the most in the EU.

What are the subsidies to Shell and BP? – genuinely interested. There are subsidies to the airlines and to agriculture how can these be justified? I also have to make the point that surely the fact that one group gets it, does not mean another group has to get it

The EV market is changing all the time. A considered motorist can certainly make an EV work for them. It will not be long before the next leap in battery tech is upon us. There are many companies working away on some exciting tech.

As someone who has seriously considered the purchase of an E-Niro at possibly a little over £35,000, I should be screaming over the injustice of this grant cut. But I’m not. I think the £35,000 limit on grants should be brought down to £30,000 – but that the full £3,000 should be available on electric cars costing less than £30,000. And that this should be reviewed annually, as the transition to carbon-zero vehicles continues. As usual, the Government is great at talking the talk, a miserable failure at walking the walk.

Firstly, manufacturers are producing top end electric cars that are way out of budget for those on low or middle incomes. I agree with scaling back the grant, if you can afford a £75,000 Telsa Model S, then why should you be entitled to money back!
Secondly, why is the Government ramming electric vehicles down our throats, when there are other issues associated with them, that have to be dealt with first. It’s a case of running before you can walk!
Why can a grant be made available to buy a secondhand electric vehicle as well? Considering that there are not enough secondhand electric vehicles around and that their values are still high.
By the way, I don’t want an electric vehicle, I want a PHEV, but the Government says “NO”!

As John says this Government can’t even walk the walk, never mind run.
Where is the incentive to pay an extra £10k to buy electric over ICE. Why the extra cost? What is the cost of replacing the battery? after how many miles/years?
Even at todays rapidly escalating prices £10K will still but a lot of polluting fossil fuel.

The reason the government are promoting EV’s is to benefit the environment. This is a good thing and one which will not be solved by ICE vehicles. Have you actually Googled EV dealerships, I have found plenty of second hand EVs. I think you need to enbrace the future instead of putting up barriers.

Cutting the grant and lowering the limit is TOTALLY WRONG.
I would have bought an all electric car this year based on the previous grant but now I’ll be buying a far more polluting car instead.
So how does that help the world !!! Stupid people in the government need to get a new job.

If electric cars with a 300 mile range were fitted with the super fast chargers, and cost less than £35,000 the the new grant might makes sense. The problem is that there aren’t any yet. And there will not be any for at least 3 years the way cars are being priced, by which time there will be no grant and the planet will be dead already.

I believe that everyone should GO ELECTRIC, as soon as possible but our government is trying it’s best to make it impossible.
The chicken and egg comes to mind. If the government sponsored FREE charge points, and more supermarkets had many more electric points, that driver knew about (the charge points are all hidden at supermarkets with no signs).
If supermarkets promoted their FREE charge points that would be a real benefit for most people. It currently takes far too long to charge any car except Teslas, which is no good for most people and creates a big problem to the push to go electric.

The government has missed the key concerns of electric car buyers I.e range anxiety and poor availability of public charging points. I was only interested on electric cars with a no recharge range of 285 to over 300 miles . They are even more expensive that the lower range cars. I was reluctant to buy a £40k car but felt with the subsidy I would do it. Now unless I can get a 300mile plus range electric car for £35 k to £37k I will not buy an electric car!
The govt were right to cut the subsidy but totally got it wrong in removing the subsidy from cars over £35k ! You got it wrong Boris!

I will not swap my ageing Diesel for an Electric car until Manufacturers provide SWAP OUT BATTERIES available for a REASONABLE cost from Charging Stations (once called petrol stations) so fuelling up is QUICK and AFFORDABLE. Such Swap Batteries are ALREADY used in Scooters in Asia – so extend their use to Cars. If Cars must be redesigned to achieve this – so be it.
https://electrek.co/2020/11/29/gogoro-expands-electric-scooter-dominance-with-yet-another-vehicle-partnership/
“in addition to Gogoro’s own electric scooter models, there are more than 30 different two-wheeled electric vehicles across six manufacturers that now use the Gogoro Network for battery swapping. It has become the world’s largest network for battery swapping.”

Car manufacturers are proven liars – see emissions tests! – so how can we believe their promise about the mileage of electric cars they want us to buy? Do they get a penalty if the mileage is not possible in real life? As long as people distrust the figures no-one will pay £35k for a car on the promise it will do 300 miles only to discover it will really only do 200 miles!