When I discovered, on Monday, that Iran declared to the United States that ‘it’s ready for war’, it left me both concerned and not a little fearful of what the future may hold.

While PetrolPrices.com isn’t here to discuss potential warfare, we can tell you that, Saturday’s huge drone strike, that resulted in burning oil fields in the Kingdom of Saudi Arabia—the world’s biggest oil exporter—might mean we’ll soon be paying much more for our petrol. 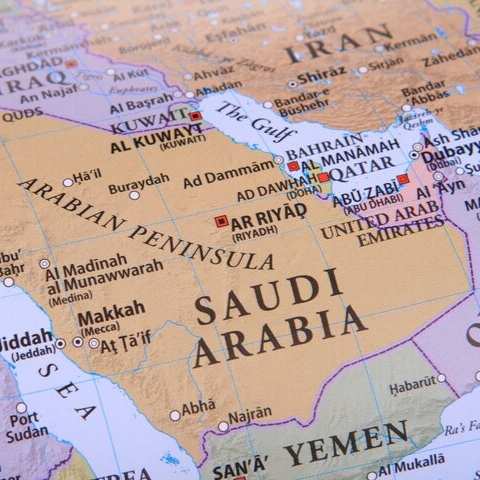 The drones hit two state-run Saudi Aramco oil facilities—the Abqiaq oil refinery (the largest petroleum processing facility in the world) and the Khurais oil field, wiping out half of Saudi Arabia’s production of ten million barrels a day—and about 5% of global supply.

Aramco says the attacks on the Abqaiq facility will cut Saudi Arabia’s production by about 5.7m barrels a day.

Traders say oil might now cost as much $100 a barrel (adding 3-4p onto a litre of fuel) if Saudi Arabia doesn’t focus on the impact the strikes will have on oil supplies in the weeks ahead before the facilities are operational again.

Although Houthi rebels continue to claim responsibility for the strikes and threaten still more, the US and the coalition forces spokesman in Yemen suggest there’s evidence that Iran was responsible.

Named a ‘proxy war’, Yemen’s civil war has lasted five years and has left around 24 million people (80% of the population) struggling to eat—with millions close to famine. Now the world’s worst humanitarian crisis, one source reports over 90,000 deaths.

In a series of anti-government uprisings across the Middle East and North Africa in the early 2010s, the Yemini Revolution forced Yemen’s President Ali Abdullah Saleh to cede control to his deputy, Abdrabbuh Mansour Hadi.

The change in leadership hoped to offer stability to Yemen, but the new president battled to keep order.

In 2014, fighting began when the Houthi militia took over extensive areas of territory, driving the new president into exile.

The two main branches of Islam are Sunni and Shia Islam. Iran is the one large Shia power in the Middle East and supports the fellow Shiite Houthi militia.

In 2015, the conflict in Yemen escalated when a coalition of nine—backed by the United Kingdom, US, and France—Arab states with a Sunni majority began overwhelming air strikes against the Houthis.

‘There’s enough capacity in storage to meet the shortfall in the short-term.

Yet Halley pointed out that there’s a likelihood that global fuel prices will rise, adding:

‘Consumers will first notice it quite quickly in higher petrol prices,’ warning us to ‘watch airline fuel surcharges’, which could also increase, depending on the fuel price hedging policies of individual airlines.

‘There are currently savings in the wholesale price that have only just started to be passed on to drivers by retailers.

‘Many retailers cut their prices by three pence on Friday and we believe that average prices were six pence too high before that, so the impact of these fires may not be too great.’

As of the 6th of September, the US Department of Energy reported that the US Strategic Petroleum Reserve held 644.8 million reserve oil barrels (with the capacity for up to 727 million barrels) stored in underground salt caverns.

US oil producers and refineries keep another 416.1 million oil barrels in commercial storage, according to the US Energy Information Administration.

Energy Minister Prince Abdulaziz bin Salman said that by tapping the huge reserve of around 188 million barrels of oil, it would be possible to make up part of the decline in production.

Williams added: ‘We are hopeful the fact the US is releasing emergency oil stocks and that Saudi Arabia operates a global storage network will mean that drivers here in the UK will not be too harshly affected.’

So, will the cost of petrol and diesel rise?

At first, there was undeniable panic and oil prices rose almost 15% higher on Monday, with the Brent benchmark seeing its biggest jump since the 1991 Gulf War. The previous Friday, a barrel of Brent Crude oil cost $60 but after the Saudi attacks, it leapt up to $71 before falling back to $68.

Despite the wholesale prices of diesel and petrol forecast to rise 3p a litre, it’s not inevitable that we’ll face steeper pump prices. On Friday, PetrolPrices.com reported that, after the wholesale price of unleaded dropped, supermarkets announced they were reducing unleaded by three pence per litre (ppl). At the end of last week, the price of petrol was around 128ppl, allowing retailers a buffer to receive the increase in wholesale price.

Experts warn, though, that If the barrel price stays high for a time, we could see the average cost of a litre of petrol and diesel going up several pence. The average, current price of unleaded is 127.72 ppl with diesel at 131.41 ppl.

Without knowing what the future will bring and with mixed messages from analysts and experts in the fuel and motoring industry, none of us can be sure of what will happen to the prices we pay at the pumps.

Here at PetrolPrices.com, though, we’ve got your back. We can tell you where the cheapest forecourts are where you are, so why not become a member today? Join our over 2.1 million-strong community by downloading the app and you’ll always know you’ll be getting the best petrol and diesel prices wherever you are.

Are you concerned that the cost of petrol will rise? What’s your view on the Saudi situation? Share your opinions in the comments.

If the price of a barrel of oil, at source, goes up in price, how long does it take that barrel of oil to reach our local petrol pumps? 2 weeks maybe even 2 months? However, we start paying the increase almost straight away! The petrol companies still use the attack as a way of passing on too early any price rise! They must have millions of barrels in storage, bought at lower rates which they are going to sell us at inflated profits, again. We can never win, we just have to pay more at the pumps. Isn’t there… Read more »

Firstly, cartels are banned in every industry except oil/energy. I’m not going to comment further about that by adding hearsay though. I think prices change quickly as they are based on future supply so possibly a week is long enough for us to be affected. Somewhat politically, Iran’s involvement (not saying exactly what as it would be speculation) is once again human unintended consequences. Increase in tensions will only make things worse for Iran and the rebels in Yemen. They will end up starving to death the ones they claim to be trying to support. However, this was predictable after… Read more »

Perhaps if the Government reduces (or taxes) the oxygen you and your kind consume, therefore reducing your cabon dioxide output, thus reducing air polution and global warming, (with added benefits by shrinking the BS that spoutforth from ones mouth), would also be good for everyone.

Of course the price of fuel will go up! The petrol companies will use any excuse to raise the prices at any opportunity, whether it be too cold, too hot, too dry, too wet, too windy, too calm. And as someone has already stated, these new prices usually take effect within a few days, yet when there is a reason for the real price to drop, then that drop doesn’t happen for weeks. Rather convenient for the oil company profits. Regarding who was responsible for the attacks, is everyone still under the illusion that U.S. ‘intelligence’ suggesting that Iran was… Read more »

What about 2040 and EV’s there’s a ton of revenue lost for these oil and fuel producing countries, it will climb slowly constantly now I bet so they can make as much as they can whilst they can.

There’s not likely to be enough power available to charge all these electric cars. We build very few power stations and our nuclear power stations will nearly all need to close.

Could we get hydro powered vehicles sorted out to run on rain?
Sorry! Boris would dream up away of taxing us on that.

If millions of motorists are going to be dishing out extra money for their petrol, where does all the extra money go – to Saudi Arabian already oil-rich sheiks or the multinational oil companies ? Someone is going to make a fortune out of us, but who and why?

By providing your phone number, you agree to receive a one-time automated text message with a link to get the app. Standard messaging rates may apply.
Trustpilot