Smart motorways have long been a point of controversy since being introduced over a decade ago, but this week they have once again forced back into the spotlight after a coroner ruled that they present an ‘ongoing risk of future deaths.’

This comes after the deaths of two drivers on the M1 were deemed to be caused by the lack of safety measures on smart motorways. When delivering a verdict of unlawful killing, a coroner ruled that ‘the lack of a hard shoulder contributed to the deaths of two M1 drivers.’

It is this ruling that has kick-started the discussion on whether or not the safety measures already in place are doing enough to protect motorists.

Currently, emergency laybys or refuge areas are 1.5 miles apart despite calls from motoring groups to have them more frequently spaced. To add to this, only 83.6 miles of motorway has been installed with potentially life-saving technology so far.

As a result, crisis talks with Transport Secretary, Grant Shapps, are now taking place, confirms a Department for Transport spokesperson: ‘In light of the findings from the coroner, the Transport Secretary has called an urgent meeting with Highways England.’

An 18-point blueprint plan was demanded by Roads Minister, Baroness Vere, this weekend in the hope of improving driver safety as quickly and as efficiently as possible. It is thought that the meeting will have covered plans on how to ramp up the rollout of preventative safety measures across all 500 miles of smart motorways in the UK.

However, some experts believe that this may be too little, too late. Reports reveal that concerns were, in fact, raised back in 2011 about the safety of smart motorways by several Department of Transport (DfT) lawyers.

In information revealed by the Daily Mail, DfT lawyer, Farah Japanwalla – during a 2011 meeting about smart motorways – questioned whether ‘corporate manslaughter had been considered as part of the design and the potential liability of the agency if a road user was killed due to the operation of the network.’

Unfortunately, the concern was dismissed as a computer simulator used to test driver behaviour confirmed that it would be safe to proceed.

In light of the recent deaths caused by smart motorways, however, MP Karl McCartney, a member of the Commons’ Transport Committee admitted: ‘It seems we were right to suspect the policy [of smart motorways] was ill-thought-out and unsafe.’

AA President, Edmund King, also commented: ‘Questions were asked by government lawyers ten years ago when the plans to remove the hard shoulder were discussed.’

‘Had our calls for more emergency laybys been listened to a decade ago, we may not be in this position.’

While recognising an ongoing issue with smart motorways is a positive move forward, it leaves motorists questioning whether recent tragedies might have been avoided if concerns from a decade ago had been taken seriously. It also poses the question: who is to blame? 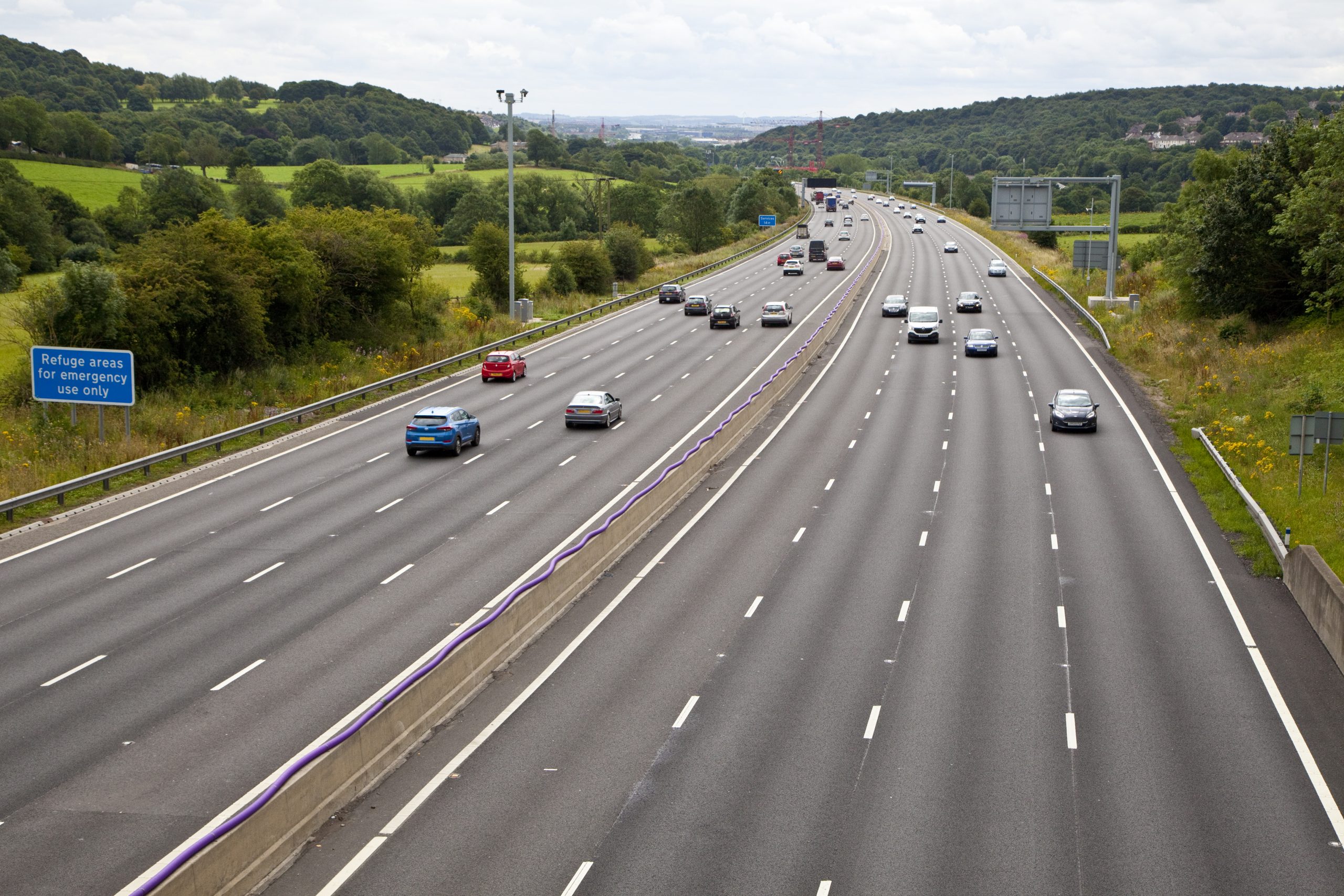 What new safety measures can we expect to see?

Highways England has reassured motorists that they can expect to see new smart motorway safety measures being rolled out as soon as possible: ‘We are determined to do all we can to make our roads as safe as possible and are already addressing many of the points raised by the coroner.’ But what might these measures entail?

The new safety technology to be installed on all smart motorways will be the continuation of a system that has already been in use on over 37 miles.

It takes the form of a radar system that is able to rapidly detect the location of broken-down vehicles on smart motorways. Within 20 seconds, it will identify a stationary vehicle, allowing other preventative measures to be swiftly put into place to protect the driver of the vehicle and other motorway users.

On smart motorways where this technology has yet to be installed, stationary vehicles’ identification relies on CCTV. This is a much slower process and leaves broken-down vehicles trapped in live traffic lanes without an escape route.

While plans are in place to roll this technology out over all 500 miles of smart motorway by 2023, it still leaves motorists wondering how many more fatal accidents may occur between now and then?

Do you think it should have taken this long to install better safety measures on smart motorways? Are you fearful of using them because of the risks they pose?

Anyone with half a brain could see that the move to ‘smart motorways’ was in fact going to make them more dangerous.

Using a bit of common sense would also make it obvious that they were never going to be as safe as a dedicated emergency lane, (hard shoulder) but most of us know that common sense went out of fashion years ago.

Beggars the question, by design?

I am of the belief that the original decision to create so called SART MOTORWAYS was based on two factors. The first, to reduce congestion by opening up a fourth lane by use of the hard shoulder and two, finance, much more economical to install reservations instead of creating a new hard shoulder. In light of the initial observations made by some of the DfT own legal department I believe they have left themselves open to charges of Corporate Manslaughter. There is a very easy remedy and not very expensive! Simply bring back the emergency hard shoulder and go back to 3 lane motorways. I am sure that if we were all given the choice we would much rather accept a degree of congestion as opposed to a realistic chance of being killed. Personally, I have stopped using motorways.

I’m not convinced they make a difference to congestion. The more lanes you give people, the less they seem to understand that you need to move over to the inside once you’ve finished overtaking. Having commuted on the M62 for 14 years, before and throughout the construction of the smart-arse motorway, I can say that I never noticed a significant decrease in congestion over this time. I did however notice an increase in obnoxious driving behaviour such as slowing to below the limit whilst passing speed cameras and then speeding up again, without regard to those behind or overtaking.

Totally agree with Jay. Twice avoided accident – once car cut out in dark, second loose digging implements bounced out truck and bounced along road in front of me. Personally I consider Mr Shapps guilty of manslaughter.

The most dangerous implementations on a motor way.. Should not even be considered.

I would love to meet the pillock who thought using the the hard shoulder was a great idea. SHAMEFUL

What difference will these extra laybyes make apart from depending on problem with the vehicle whether you get clear of a lane , the main problem most drivers have no idea how to drive on a motorway which needs addressing plus lack of visable police presence , using unmarked vehicles solely to catch speeders , a marked vehicle when spotted changes a driver’s attitude no matter who’s driving it

Someone at the top would have been paid a lot of money for this “brainwave”. Will they be held responsible for the deaths? I wont travel on them anymore, I couldnt get out of my car fast enough let alone get my 2 kids out as well.

Yet another example to show people in government and the DfT don’t have brains. As DaveB comments, *common sense went out of fashion years ago.* Jay CEE, as;o hit the nail on the head,*The first, to reduce congestion by opening up a fourth lane by use of the hard shoulder and two, finance, much more economical to install reservations instead of creating a new hard shoulder. In light of the initial observations made by some of the DfT own legal department I believe they have left themselves open to charges of Corporate Manslaughter.*
Logic, another word the government and DfT don’t understand.

SMART motorways are extremely dangerous, and should never have been an option.

Has any other European nation gone down this route ?

Anyone with a bit of common sense who has driven on a smart motorway will know that they are inherently dangerous. Hard shoulders are there for a very good safety reason ! Simply calling something “smart” does not address the safety issues.

How about rolling out a safety feature called the “Hard Shoulder”?

The introduction of smart motorways is a very bad ill thought out idea,we need that safety lane on extremely fast roads & the red × isn’t working.The ‘must get everywhere in a hurry’ society we live in ignore the red × for whatever reasons,education,ignorance or just do as I likey!!!! Recently I witnessed,from a footbridge, a whole four lane closure with red ×’s and a direction arrow to exit the motorway, over 50% of drivers ignored it(they were all stuck for over 4hours)!!!!
The emergency services don’t like them & the recovery companies don’t like them.
The more that are opened the more deaths are going to happen.

I drove for a living from the age of 21 till I retired at age 66 that included busses ,coaches class 1 trucks . I said when they started smart motorways they were dangerous and think it as been proved right