Fuel duty has been frozen consistently since 2011 and now new reports suggest we could be seeing a cut of up to 2ppl in the Autumn budget. Boris Johnson, our prime minister, is thought to be bringing this in in a vote sway in case of a general election and as blow softener for Brexit for the people who voted to Remain.

Fuel duty is often a contentious subject for any Prime Minister and Chancellor, as it such a passionate subject being a tax that we pay VAT on. In the current environment with fuel prices as high as they are, this could definitely benefit the motorist, but at what cost to everything else? 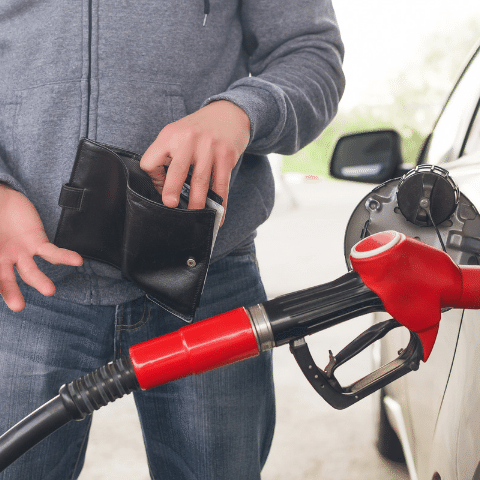 The PRA has welcomed hints carried by national media that the Treasury may be considering fuel duty cuts in the upcoming Autumn Budget,” commented PRA chairman Brian Madderson.

Madderson continued: “We have been exchanging correspondence with the Treasury since the start of the year on a number of taxation issues, with the present high level of fuel duty as the primary concern.

“The former exchequer secretary Robert Jenrick MP, arranged for the PRA to meet the heads of fuel taxation at both the Treasury and HMRC earlier this summer.

“At the in-depth review, PRA stressed the need for government to revisit its report on the dynamic effects of fuel duty modelling (2014), which confirmed the positive outcome on the economy of cutting this deeply regressive tax.

“In a post-Brexit environment, fuel duty cuts would help stimulate the economy and must be introduced as soon as possible by the new Chancellor.”

However, as we’ve reported before, think tanks from all political angles have suggested that increasing taxes on more polluting vehicles could be one of the best ways to penalise those who continue to drive older and more polluting cars.

Previous governments and prime ministers have considered removing the freeze on fuel duty, adding it in line with inflation or simply increasing.

Claire Haigh, chief executive of Greener Journeys, said: “If we are serious about tackling climate change and air pollution, why would we make such drastic reductions to environmental taxes?

“Government must do more to promote public transport. At the very least fuel duty should be linked to inflation in future budgets.

“The money raised from future increases in fuel duty should be ring-fenced to accelerate the switch to electric vehicles and to encourage greater use of public transport.”

If fuel duty was cut, the Treasury would be losing around £1.5 billion pounds in revenue, which would most likely have to be made up elsewhere.

Do you think there should be a cut in fuel duty? Is climate change important here or should we be helping out the motorist in a potentially risky economy as we loom ever closer to Brexit? Let us know below

if you lower taxation on petrol then your must make the cut off time to buy a petrol /diesel cars and stop them going into highly populated areas for our health and the environment and our children’s future(as this is is killing our planet!!! please Mr Johnson at now save our planet save our children Time is Running Out.

Make it so only the rich can enter cities? Sounds like a dystopian new world order. This will be the unfortunate reality of well intentioned aims, I think. This will become such a pressing issue very quickly and will be sure to fire many terrible arguments. Who will be the brokers of terror?

Cut the duty. Remember … it takes far more energy to produce a new car then it will ever save in its life time due to a slightly more efficient engine. As for electric cars – just wait for all those deadly rare earth metals to filter through to recycling. Well before that, the National grid will regularly fail due to “brown out” when all the eco-charlies plug in at 6pm. This will kill people more certainly then running older cars (provided that they are well maintained)

Boris Johnson looks like cutting fuel duty. He says he doesn’t want a general election. This happens just a couple of weeks after plans to raise the retirement age to 75. Already average male life expectancy in Glasgow is 72. Expectancy looks like it about to start dropping quickly but official government figures are always behind the times.

Environmentalism is already so corrupted it is a major driver in climate change and resource depletion. Who will the next war be on; pollution…polluters…God?

Our demise is already scripted.

Cutting the duty rate by 2ppL will have next-to-no meaning because we see pump prices moving up and down by more than that all the time – people will very quickly forget that there was a duty cut and so there will be virtually no political capital to be gained from it. If the government wants to make a noticeable difference, it would have to dramatically reduce (or increase) the duty rate – eg by 20ppL or more – and then it would have to find something big but politically unnoticeable to fill a reduction-inspired gap in their finances. This sounds like a pointless and unnecessarily painful exercise for government

wpDiscuz
5
0
Would love your thoughts, please comment.x
()
x
| Reply
← Could your next car be spying on you? ← Councils under pressure to create more free parking for blue badge holders