Hidden faults affecting some of the most popular cars revealed

The annual Which? Reliability survey has been released and the consumer watchdog is now calling for automotive makers to act as it found that some of the UK’s most popular cars have dangerous and costly manufacturing faults.

With some of these faults, there’s also a huge environmental impact with the disposal and if not addressed by the manufacturer, could be at a huge cost to the motorist.

Which? Surveyed 44,000 drivers covering 52,000 makes of car, asking them about any incidents they’d had with their car in the past year, including breakdowns and recurring issues. 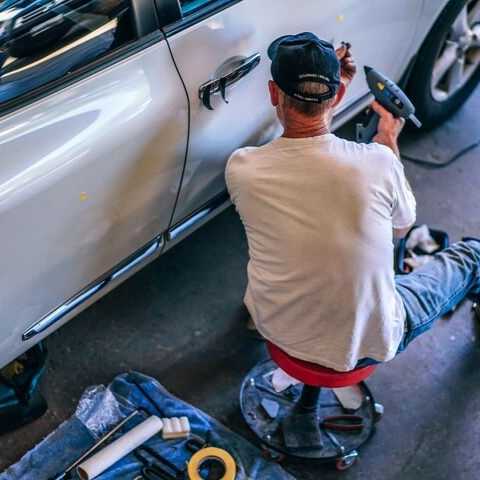 The Nissan Qashqai, the 4th most popular new car bought last year and the most popular SUV, had a battery issue affecting one in five drivers. 20% of those surveyed had broken down in the past year due to an issue with their battery, which is four to five times higher than the average for a car of that age.

Nissan is aware of this issue and switched its battery supplier back in 2018, but there is still potential for around 60,000 people if not more who could be affected by this. As the batteries are lead-acid, this has huge ramifications for the environment due to the way they are disposed of. Car batteries have to be disposed of in certain ways, and someone who doesn’t hold a certificate can be prosecuted for trying to recycle or dispose of them.

The Qashqai also had an issue on it’s Body Control Module affecting cars built between April 2018 and February 2019, which Nissan say they have created an update and campaign for, but there are most likely cars out there that are still affected.

Nissan said “We’re aware of some incidences of battery failure and have taken steps to address this issue, including replacing our battery supplier, and voluntarily launching a campaign to update the Body Control Module software on Qashqais made between April 2018 and February 2019. We’re working with affected customers.”

Tesla, one of the most loved cars on the survey, also had more than one in five people (22.2%) reporting issues with their Model 3’s exterior features. Faults including ones affecting door handles, boot openings and fuel caps, all meant that the car had almost 10 times more faults than an average car of the same age.

One in ten Tesla Model X owners also reported faults, which Which? Attributes to an inherent design flaw. Across all brands surveyed Tesla had the highest percentage of cars in the three to eight-year bracket reporting faults, with 67% of owners affected by some fault.

Tesla said “We review every vehicle before it leaves the factory. Our warranties cover any repairs and replacements necessary for door handles for up to four years. Unlike other manufacturers, Tesla can perform repair work via mobile service, which can be done at a customer’s home or office.”

The Seat Alhambra had nearly three in ten owners complaing of faults to do with their exhaust or emission system. More than a fifth (22.9%) of Alhambra owners also said they had an issue with their suspension system in cars in the same age group – nearly five times higher than the average car.

Seat said: Seat UK is concerned but, without details, we can’t identify and explain these results. A comprehensive warranty covering three years/60,000 miles is provided. Our service data will identify the need for workshop campaigns, which are issued as promptly as possible.

Ford said: We’re aware of these issues and have previously updated our dealership network to resolve them for customers. We also extended the warranty for affected cars from three to five years/60,000 to 100,00 miles. Where owners aren’t covered, our Ford customer relationship centre (see ford.co.uk) will assess each individually on a favourable goodwill basis.

Similarly, nearly a quarter of BMW 5 Series Touring drivers said they had experienced a number of issues with their suspension.

BMW said: BMW conducts continuous quality surveillance of our in-market vehicles. Only a tiny fraction of customer contacts in the first half of 2019 were related to suspension issues of any kind; fewer than six in 10,000, across all our models, make any reference to suspension issues. If any customer wishes to discuss concerns, they can call BMW Customer Service.

Which? Are calling for manafacturers to go public with these faults and issue a recall for the cars affected. While some issues are not fatal, it is at the best interest of the company to fix these issues and do so for free, according to Which?

Natalie Hitchins, Which? Head of Home Products and Services, said:

“It is concerning that it has taken Which?’s survey of thousands of motorists to uncover what are in some cases inherent flaws with some of the UK’s best-selling cars. Owners should be able to trust that manufacturers will make them aware of these issues and offer a fix when they see a recurring problem.”

“It is vital these manufacturers make the public aware of these serious faults and ensure vehicle owners are not left out of pocket should the issues occur outside their warranty.”

Is your car affected? Would you want to know if your car had a manafacturing fault? Let us know below

Massive cars across UK driving with huge issue ,i mean cars been involved with road accident and not been reported to Motor insurance company so those cars has been poorly repaired and re-saled at any car dealer as car with HPI CLEAR .

Toyota Yaris hybrid, 5,700 miles from new, dealer serviced, all four discs are badly scored, told by dealership they need changing but not a warranty issue as caused by low mileage. Car in daily use. Anyone recall Toyota warning drivers about low mileage.

Scored, so what! They are just trying to sell you four new brake discs and accompanying pads. If you were to drive your car in a ‘sporting manner’ for a while they should polish themselves back to near normal. Most dealer workshops operate on the basis of selling unnecessary work to achieve sales targets.

As per Malcolm’s reply, scoring won’t affect brake efficiency much (but corrosion and pitting can). New brake friction materials have less copper (causes green slime in winter) and iron (causes corrosion) but the trade off is less abrasive pads which don’t polish the discs as much.

Scoring is probably caused by small stones and grit getting trapped in brake components.

Read it again, it doesn’t say 52000 makes of car. It Actually says 52000 cars, presumably meaning some drivers have more than one car. Attention to detail prevent Fake News.

John: I have read it again and can see that what I stated is indeed correct, contrary to your comment which suggests you did not read the article carefully before responding.

The author of the article MAY have meant 52,000 cars. I do not have a problem with there possibly being more cars reported on than the number of drivers questioned because, as you say some drivers may have more than one car or perhaps answered about a recently owned car in addition to their current car.

Most of these “problems” are a joke, wow a duff battery, not really Nissans fault but outside supply chain problem. As for bmw an seat suspension problems? Oh, on the touring/estate version, over loaded with junk all the time? Same as seat van bout the seats? I’ve seen these people carriers with mummy drive over speed bumps so fast all the wheels left the ground! Most of these problems are caused by miss use. I passed a ford estate on the motorway this morning dragging its bum with 3 adults in the back and boot full to bursting. No wonder… Read more »

Problem is most new car buyers aren’t very smart and tend buy based on Jones’s appeal & looks, not durability. And car manufacturers make their money from selling cars, not from making them so reliable you don’t by another for years ( Honda & Toyota excepted; this is the major selling point of those brands).

VW UP! clutch failure around 20,000 miles no help from VW. Known fault.
Richard

VW GOLF MK5 2005 reg has rusty front wings, rear tailgate wiring loom splits and rear wiper faults due to leaking wash wipe, that are due to poor design rather than age related. You have to fight to get these things done even though VW are aware of these problems

At least some makes will admit there is an issue while others will blame everything on driver. My experience with Hyundai few years ago. Everything from seized calipers to abs light was my fault despite hundreds reporting the same problems.

My Citroen developed a fault (battery not charging) and I contacted my local dealer (Arnold Clark, Dunkeld Road Perth) but they could not book me in until the second Saturday from my initial contact (11 days). I took the car to my local garage (Stewart & Smart, Stirling Road, Milnathort and they fixed the car by replacing the fan belt and fan belt tensioner. The car is just over three years old and has completed 50,000 miles. I now find out from the Arnold Clark Citroen dealership in Perth that the car is due a recall to replace the fan… Read more »

Arnold Clark, moral? What you have stated is reasonable but the warranty scheme is primarily intended to give piece of mind to buyers of new cars which are within the warranty period. Unfortunately car manufacturers are getting better at engineering parts which shouldn’t fail within warranty period but that also means once out of warranty, it is the owner’s liability. A look around at end of life cars reveals plenty have been deemed uneconomic to repair (mechanically or electrically) which highlights the fact that there can be plenty of expensive failures once a car is out of warranty. As for… Read more »

Surprised Audi not listed for its oil burning engines, and c**p cam chain tensioner. All manufacturing issues and not paid out by Audi to put right!

Audi also has issues with its door locking mechanisms, petrol cap release, and frameless windows fall down due to window mechanism failures. Not such a good build quality after all!

I have a Ford Focus Automatic 5.5 years old with 46000 on the clock. The clutch plate went and its 4 figures to fix. An exford person said they have problems with this gearbox. Has anyone else had the problem. As the car is over 5 years old Ford HQ don’t want to know.

Contact a transmission specialist who should be able to repair it for much less than a Ford dealer. They should also be able to advise on why it failed and how to lessen the chances of future failure.

Not quite sure how you can lessen the chances of clutch failure on an automatic since you don’t have one in the normal sense, and you have very little control over how it functions.

The Ford Powershift transmission is globally notorious. In the UK we mostly run manual transmissions and it’s not much of an issue, but go to Australia where automatics rule and it’s a different story. Check out AutoExpert TV on youtube – they have a less complimentary name for Ford’s gearbox.

By providing your phone number, you agree to receive a one-time automated text message with a link to get the app. Standard messaging rates may apply.
Trustpilot