A high value Mercedes car has been written off after professional thieves stripped the car of its doors, bonnet, boot, wheels and seats, whilst owners slept just meters away in their home.

In the morning the owner was stunned when he discovered that his 2018 C-Class AMG had been stripped bare for parts by thieves in a highly coordinated attack.

The car was fitted with a tracker to avoid theft, but all the wheels were missing and it was stood on bricks.

Owner of the vehicle, Mr Hampton commented to the Daily Mail: ‘When I stepped outside the front door, I just couldn’t believe what I was seeing. They hadn’t damaged any panels, it’s just been stripped bare.

‘These are professionals and appear to work in teams of five or six to cut the time down.

‘Each person has their own job. They didn’t just cut the wires in the doors, they unclipped the connectors to avoid damaging it. They’ve left the remaining parts in perfect condition.

‘They didn’t leave any fingerprints because they’d worn latex gloves and it probably didn’t take them long to get everything off as they’re not your average car thieves.

‘We’ve spoken to some mechanic friends and they believe they wanted the bumper and lights because there’s a sensor inside them which makes them worth £1,000.

‘They must have been disturbed before that happened though because they only managed to get the registration plates off. More could have been taken.

‘I normally have a cup of tea with my neighbour before going to work but this morning she’d woken up and rushed over.

‘She’d seen the car boot arms sticking in the air and thought she was seeing things so when she came outside she said she had a heart attack.

‘I went to bed like normal at 10pm but obviously by 4.30am this had been done. It’s because they’re so efficient.’ 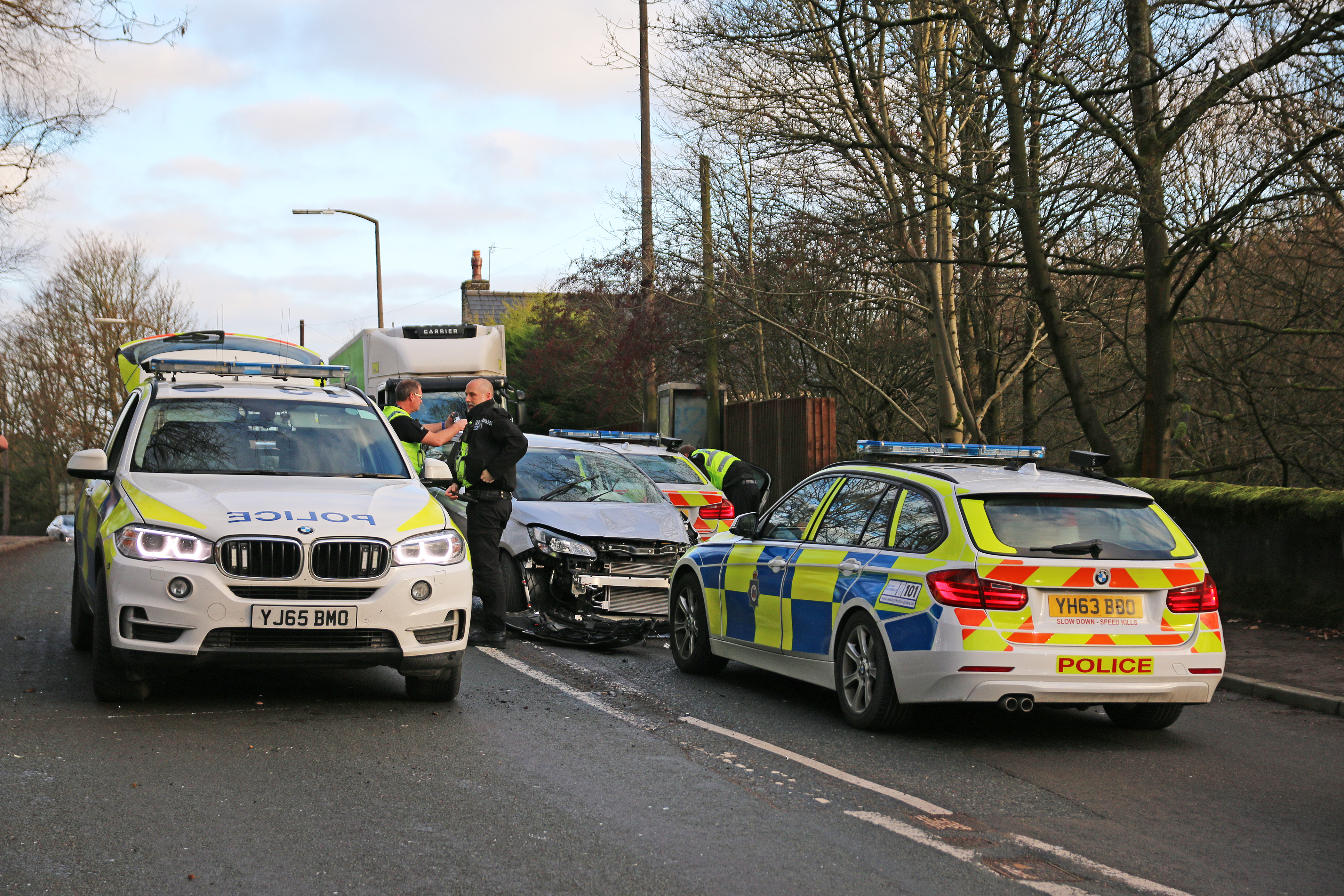 The damage done to the vehicle was worth £14,000 leaving the car written off. This appears to be part of a growing trend towards stripping high value vehicles instead of stealing them outright and stripping later.

Mr Hampton continued: ‘This is my fifth Mercedes, I’ve had them for the last 15 years. I’ve never had anything like this happen before.

‘It almost puts me off getting another one. I’d be better just having a £500 banger on the drive for them to steal.

‘I just want people to be aware this is happening. I could have done things like put the car around the back of the house but I think they’d have still done what they did.

‘They didn’t take the car, which would have been better for me probably. It’s fitted with a tracker so we could have found it.

‘When you’ve never seen anything like this before, it really does come as a shock. Some people might not be able to take the shock that I saw yesterday morning.

‘These people just don’t care. They have got no feeling for anybody. Instead of getting a proper job like everyone else, they think it is quicker to steal.

West Midlands Police were approached for a comment but did not respond to the incident in question.

While we see Britain’s police occupy their time focused on Covid 19 and policing that, we see less and less police on the UK’s roads and thieves are becoming more and more brazen about what they can steal.

Are car thieves getting more confident now they think there are less police on the roads? Let us know in the comments below.

Feel so sorry for this person., and I do not expect anyone will be caught

Will we receive an update at a later date etc.

Why such a high spec car not parked in a garage or at least a private drive-way… Sorry I have zero remorse for such an idiot parking it on the road in these times.

Wendel
Reply to  Bob the builder

That’s a bit harsh. He’s not an idiot for someone else doing this. Perhaps he should have some sort of camera/light that is activated by movement; It’s likely he’ll take precautions now.

I guess with all the news of Covid 19, It’s easy to forget thieves (or all persuasions) are still plying their trade.

Why is the owner such an idiot, the thieves know unless thye get caught red handed they will get away with it, even if they get caught it will be a slapon the wrist, if it had been parked on the drive it would make little difference,

They should have their hands cut off like they do in some other countries, when they are caught or if caught

homer – I totally agree or remove his gentlemans parts.

Did the neighbour actually have a heart attack or was this for dramatic effect?