Parking app Just Park has been forced to issue an apology to homeowners who have fallen victims to a new scam where fraudsters rent out their driveways and pocket the cash from people who park on their drive without knowing.

The website allows property owners and businesses to rent vacant parking spots to other drivers, but it appears that people who don’t own the car park space or driveway can fraudulently claim to be the owner and rent it out too.

Some owners have returned to their homes to find vehicles parked in their allocated spaces and driveways. The rules around drivers being parked on private land is a gray area, as such it is not technically illegal to park on private land without the owner’s permission, although new legislation may come into force soon to tackle this.

BBC Radio 4 You and Yours show highlighted the scam in their report last weekend.

Just Park is one of a few services that allows people to make money from their unused parking spaces or driveways, which is becoming a nice way to earn income for many homeowners.

These are often near train stations, sporting stadiums and other entertainment venues, a  parking space in a high demand area can attract earnings in excess of £1,000 a year.

Some drivers have discovered that their parking facilities have been advertised on the site without their permission.

Just Park said that cases of this are ‘extremely rare’, though the BBC show spoke to numerous victims of the scam.

Simon Gallagher told the BBC that strangers were parking in bays allocated to owners of flats in his building in Bexleyheath in Greater London.

‘This was going on for about a month or so… until one day somebody had left a note in the window of one of the cars that was parked there with a booking reference for Just Park,’ he said.

‘I looked it up on the website and to my surprise, found a photograph of the flat advertised out for rent’.

Incredibly, scam artists had been charging a £8 daily fee to use the spaces allocated to tenants in the building, and were pocketing the income from the venture without the rightful owner’s – or Just Park’s – knowledge.

Some owners of the parking spaces have now had to install bollards to prevent unsuspecting drivers from using their allocated bays. 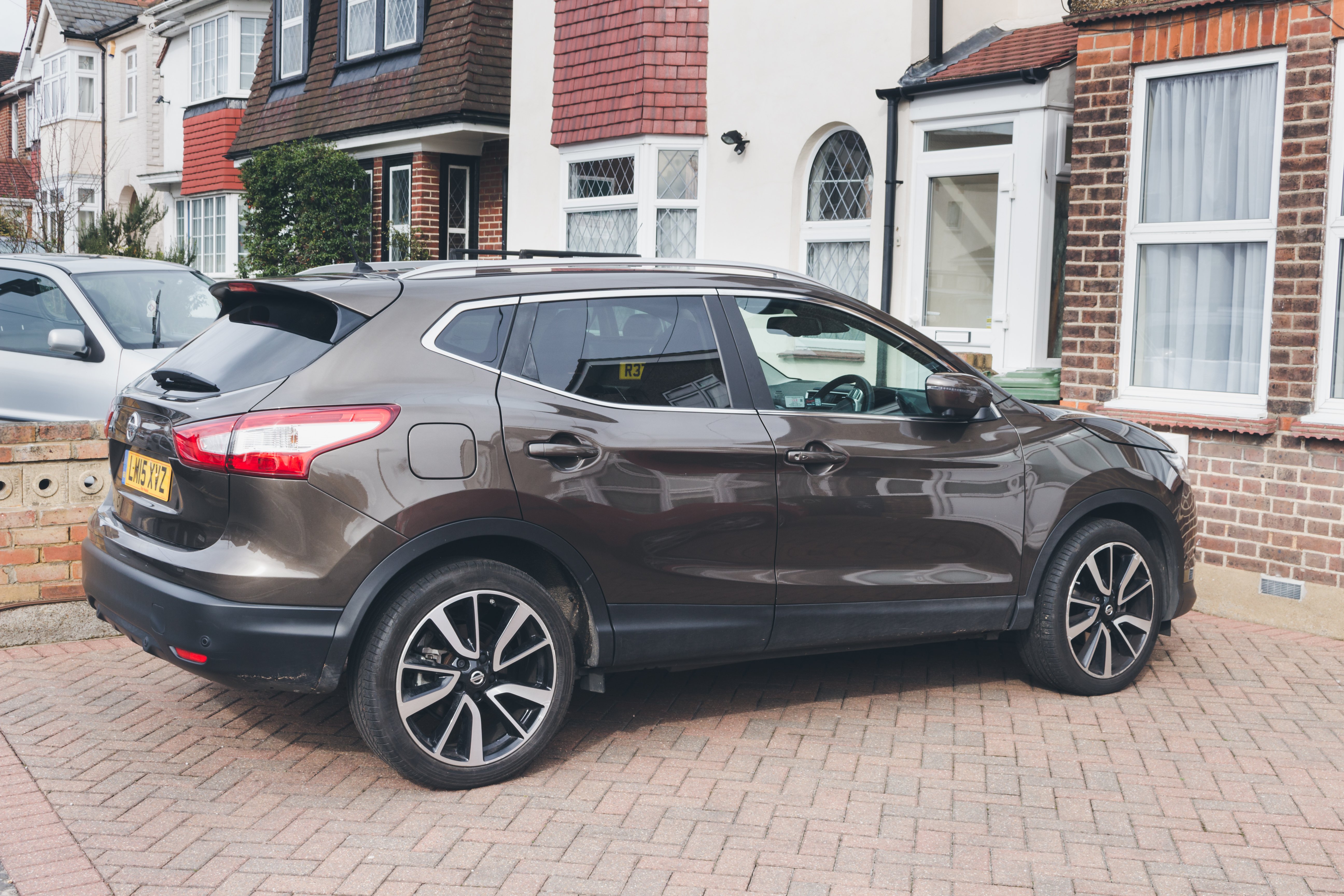 The BBC report that homeowners in Edinburgh were also victims of the same scam.

Barbara Oliver, who lives in Edinburgh, came back from holiday to discover that drivers had been parking their cars in front of her garage door.

‘It appeared that these people had used Just Park and had information to say that they could park there, which, as the property’s owner, I knew was not true’, Barbara told the BBC.

Just Park removed the adverts and says it will do the same with immediate effect if other fraudulent activity is identified.

The company’s founder and chief executive officer, Anthony Eskinazi, apologised to both Mr Gallagher and Mrs Oliver for the fraudulent activity carried out on its website.

‘We do have stringent checks in place to prevent spaces from being listed fraudulently. On rare occasions where they are added, we immediately remove them once notified and ensure that our community is not adversely affected.’

Have you been a victim of a similar scam and do you think parking apps should check who they allow to promote their driveways more? Let us know in the comments.

Wwow it is amazing how these pondlife scammmers find a new scam every month it seems – days of working hard for a living seem a bygone era!
Mind you we all know who the perpetrators of a good proportion of the fraud are!

Yes, scammers are so prevalent online now that there is hardly anywhere that they don’t operate if money is involved. I know the team at Just Park and they are very good so it would not surprise me to see them really stop this happening.

Jason, how could they “stop” this scam, and is it in their business’s financial interests to try?

You would need to ask them to show proof they own the property via the Land Registry and prove they are the named land owner. Just Park need to maintain a service that is scam free to get continued business, that is their primary financial interest.

It strikes me that Just Park is teflon-coated on this issue. As the name and address of the true possessor (owner or permit-holder) of any parking space in Britain is not publicly available, Mr Eskinazi has no way of verifying scammers’ claims before adding the locations of parking spaces to his website. Anyone can claim to be the possessor of an off-highway parking space and charge rent for it, until the genuine possessor finds out how the unauthorised parker “has been permitted” to use it. The possessor’s only immediate remedy would be to immobilise the vehicle without damaging it, such as by attaching a wheel clamp. Extracting the valves from its tyres can be an effective interim measure while he/she goes to buy a clamp. In a court, Mr Eskinazi can claim to be operating in good faith and not be liable for the true possessor’s disruption and costs.

I don’t think most people know that you cannot stop someone from parking on your driveway , permission given or not. The problem arises when you actually try to remove them. Google it and find out.

what most people do not know is that it is not illegal for anyone to park on your driveway, the problem arises when you try to remove them

there was a phone in on jeremy Vine many months ago about such a thing. as you say the police do not get involved as it is a civil matter and not a criminal matter

Why is the text of this article hidden behind a black panel, which you have to select in order to read it? I have tried it in multiple browsers.

Hi Peter we are aware there is a technical problem and looking into it at the moment.

put up a sign to say private parking clamping in progress.!!